what is ip pbx and how it works?

PBX (Private Switch) is simply a PBX, which is widely used in corporate offices, which greatly improves the efficiency of business operations. However, the traditional PBX has many problems. First, it is not enough for the emerging CTI (computer and telephony integration) and VoIP support, and the traditional PBX adopts special technology, lacks openness and standard, and is expensive. 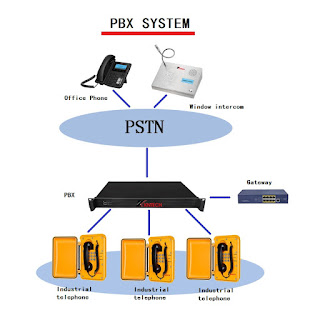 In recent years, with the popularity of the Internet and the success of IP, IP PBX based on the IP protocol has emerged as the times require, and it is expected to solve the shortcomings of the traditional PBX. The IP PBX telephone exchange system realizes the functional integration of the computer network and the telephone exchange, and will play an important role in the communication industry in the 21st century. Each telephone terminal in the IP PBX network system uses IP mode for data communication, which not only can make calls, but also realize the transmission of text, data and images, and unify the telephone network and the computer network into one whole, and realize the electronic office in the local area network. Especially in the long-distance collaborative business, electronic office will give full play to its strong resource advantages, bringing convenience for business cooperation and work reorganization. The control center in the IP PBX LAN can effectively manage the computer network and the telephone network according to the specific conditions inside and outside the office to achieve resource sharing. IP PBX networks in different regions can realize long-distance communication, electronic office and e-commerce by means of the Internet. The traditional PBX uses the principle of circuit switching to implement the functions of the PBX, while the IP PBX uses the TCP/IP protocol to implement the same functions on the Ethernet using the principle of packet switching. Figure 1 shows a typical IP PBX application environment topology, where the IP PBX suite includes a centralized console software, a PSTN gateway supporting H.323 protocol and multiple Ethernet phones, and an optional reverse gateway ( Reverse Gateway). The console software is the core part of the IP PBX. It can configure the extension number of the phone, function buttons, and call management and routing policies. The PSTN gateway is used to communicate between the IP network and the traditional circuit-switched telephone network to complete the heterogeneous network. The incoming and outgoing calls are used; the reverse gateway is used to serve traditional analog telephones and fax machines. When the user picks up the phone and calls the other party, the system automatically transmits the dial string and command to the console software, which locates the address of the called party and accepts the call request. Once the call is established, subsequent voice traffic can be transmitted directly between the calling and called, without having to go through the console, effectively reducing latency. An H.323 client (such as a Netmeeting user) on the network can also talk to other phones. Before establishing a connection, it needs to dial the extension number of the other party and reach the console to establish a connection. If the other party is busy, you can return a busy tone signal or directly transfer the call to the called party's voice mailbox, depending on the setting of the other party. The IP PBX also emulates circuit switching, making calls from IP networks into traditional telephone networks. 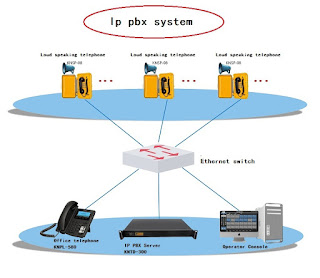 1. Basic characteristics of IP PBX Since IP PBX is built on an open IP standard, all products follow the same standards and have strong interoperability. Traditional PBXs contain proprietary technologies from various manufacturers, and interoperability and compatibility between products. Poor. Therefore, the use of IP PBX can greatly save the cost of maintaining proprietary equipment when using traditional products. IP PBX has good expansion performance. When it is necessary to expand multiple branch phones on an existing PBX, most of the old PBX devices do not support such expansion. It is necessary to replace the internal modules. This is not a small overhead. With IP PBX, it only takes about half of the money. And IP PBX can use cheap ordinary analog phones directly, unlike traditional PBXs that need expensive dedicated digital phones. Another very attractive feature of the IP PBX is that it can make long-distance calls at local rates with its VoIP capabilities, greatly reducing long-distance communication costs. 2. Difficulties in the development of IP PBX Will IP PBX be popular in the future of communications? Not necessarily. The reason is simple. Although the prospects for IP-based communication devices are promising, products in the form of PBXs are not necessarily optimistic. In the field of VoIP, there are too many implementations that can be conceived, so that after the concept of CT (computer telephony) appeared in 1993, various technologies emerged one after another. Up to now, people have not unified the concepts of CT, IP Phone, Internet Phone and Net Phone, and the technical standards required for VoIP are difficult to unify. Therefore, although IP PBX has many advantages over traditional PBX, its technical basis is not as good as PBX. In this way, IP PBX faces two pressures: one is the resistance of ordinary PBX, and the other is competition from other new technologies and new equipment in the field of IP communication. 3. The development direction of IP PBX Although IP PBX has encountered many problems in its development, IP PBX is still stubbornly present in front of us, and we believe that he can become an excellent product for the public. Therefore, it is necessary to explore the future market hotspots of IP PBX there, which will be reflected in IP PBX
Posted by Curry at 12:21 AM